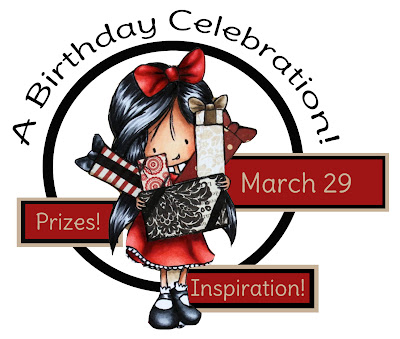 Yay! We are back with post #2.  Don't forget, you still have time to scroll down to post #1 and play along!  We have FIVE gift certificates up for grabs so you have a great chance of winning!  Again, this celebration is all about Christy - so we've set-up Tiddly Trivia questions for each person to answer centered around the FABULOUS Christy Croll, designer and owner of Tiddly Inks!  Before we get to the questions, let's check out the next set of GORGEOUS design team creations to wish a Happy Birthday from the heart! 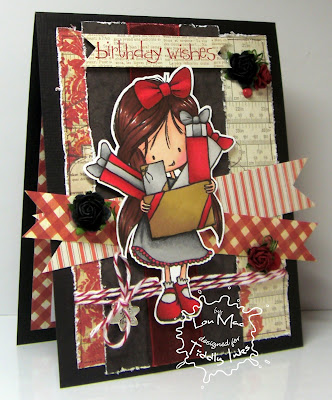 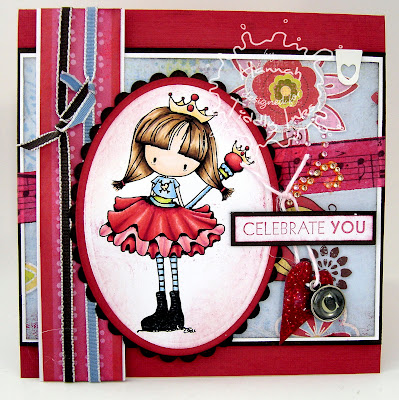 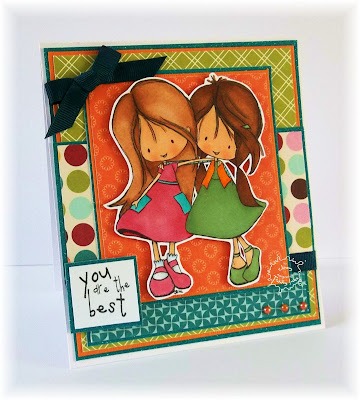 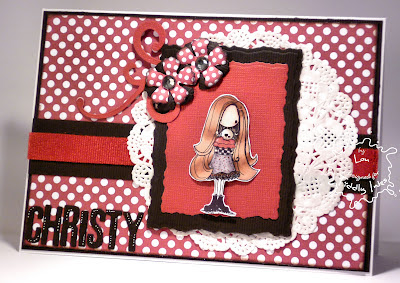 Don't forget in the comments section wish Christy a Happy Birthday, leave the DT some love and answer the questions!!!  Again, you are trying to guess Christy's responses to the questions!
I realize these are hard questions but it's for fun!!! You only need to comment once with two answers!
Posted by mfc.melissamade2

Answer to #1:
Hmm,i think Christy would be Angel Spice with a sprinkle of Crafty Angel.

Answer to #2:
Totally no clue so i checked out Baby name Genie and put in the last name "Croll" and they suggested Truman, second choice Arnold, then Wayne...i liked Wayne..because it started with a "W" like Wryn :)

Oooh now this one really is fun!!!! SMILES!!!
I'll bet Christy (and you girls) can't wait for our answers to this one..hehehe!!
Okay - I reckon Christy would be the sweet new Super Spy Wryn - because she is Super Mysterious and Cool! :0) :0) And just so awesome... Smiles.

As for who would Christy name Wryn's little brother? Now that is a tough one... because I can only go by what I would name him really can't I?? And looking at how cute and sweet little Wryn is... and keeping in theme with the name... I'm going with.....
Wryn & Tim! Tada!! Like it?
Well I do... laughing here...

Have a good day girls.. and smile - it's almost the weekend.xx

Happy Birthday Christy!! Hope you are having a fabby day with lots of goodies :) Oh hard questions! Ok, I think if Christy were a tiddly inks image I would say...'Inking of You'. She looks like a mama Wryn to me plus she is drawing up a storm! :) I think that Wryn's little bro would be Ryder - he's a little bit funky, a little bit creative, and a whole lotta fun! hehe

If Christy were an image she would be ..... mmm that's difficult - Mama Wryn! Wryn's brother would have a name with an Irish/Scottish slant to it ... so it would be Conor (one "n" - Irish spelling) or Eoin (pronounced OWEN) - they happen to be my own boys names!!!
or Lewis or Angus!

Happy Birthday Christy!!!!!
Wow what Gorgeous DT creations!!!
I think Christy would be Cheery Q!!!
Wryn's brother would be named Warren!
Have a GREAT day!!!

#1...I think Christy would be Inking of You. I imagine her keeping her pens & pencils close, so she's always ready to draw.

Question#1 - Spy Wryn ( so she can be checking out what is going out in the blogland) lol!
Question#2 -Warryn ( how cute)

#1 I think Christy would be one of her superhero girls.

Happy birthday Christy
I thinks she would be Betty Belfrey so she can fly from one blog to the other
Brother for Wyrn would be Bryn you know like Brian. Another sweet image. Ok i am off to get one of the images like the grow love one

Those cards are awesome!!! And happy birthday girl!!

Christy would ofcourse be Super Stamper!!
And yes!! Plz give wryn à brother! Name him Carl arter my little brother who's always full of pranks!

1. If Christy were a Tiddly Inks image...I think she'd be Annie's Art because she's always drawing and being creative! =D

2. I think Christy would name Wryn's brother Jay. (They both sound like birds. lol)

I think Christy would be Druscilla because she likes Gothic, dragons and fairy tales.

Wyrn's brother would make her name and her sister, Flynn. I wanted to say Bryn but I see it is taken so I will say Vyn.

Wow these DT cards are amazing.

1. If Christy were a Tiddly Ink image - which image would she be? Wrynn Birthday Girl of course

2. If Tiddly Ink Wryn had a little brother what would Christy name him? I think Deacon or Declan

#1 - I stick with Druscilla

#1- Super Spy Wryn - Who wouldn't want to be her?
#2- Flynn or Quinn or something along those lines

Oooh my bad I didn't see that it needed to start with a D. :)
I'm still going with Pirate Jane for you, and Daniel or Danny for the brother.

I hope those Birthday celebrations are going wonderfully and that there is lots of cake!

#1 If Christy was a Tiddly Ink image I think she would chose Cast A Spell as the dress is magical and so are her powers .... she could cast spells to make the world a more colourful place ... although goodness knows there are so many of us out there colouring already! that I think she has already cast that spell.

Happy Birthday Christy. I believe the brothers name would be Wyatt and Christy would like to be Everyday Princess.

Happiest of Birthdays to you Christy! I am loving all this inspiration from the samples.

I think Christy should be the sugar plum fairy because she is like the fairy that brings us such great designs.

Wryn's brother would be Bryn :)

Which image would she be? Precious. And since we can answer more than once I'll hedge my bets and say Pinky, Poppy, or Drucscila too ;o)Loving the colors on the DT cards! Thanks for the chance to win!

Little brother guesses: Darcy, Draven. This one really stumped me, but thanks for the chance to play along!

Happy Birthday Christy!! I hope your special day is just as you wished x

I just love the inspiration from the DT, the wonderful ideas each person has jus show how versatile images can be and how scrummy!!

If Christy were a Tiddly Ink image - which image would she be?

I think she would be the masked avenger, from the girly girls collection as she wants to have fun just like Christy!

If Tiddly Ink Wryn had a little brother what would Christy name him?

What a lovely Celebration!! Kelly x

Again... HB Christy!! DT, I think the cards are even better on this post... hard to do, but I believe you did it!!

Still no idea even with the FB hints, but here are my guesses:
1. Druscilla
2. Dawryn
Hugs,
Denise

I think Dillon spelled this way? Or maybe Devin, but i like Drew too. Drew would be cool because it would be the past tense of draw...because you drew him..oh dear...i am getting silly.

HAPPY B-Day!!!! I would think that Christy would like to be Pinky and that the name would be Dylan?

More great cards from your DT Group. I wish I was that talented.
My guesses for question 2 are:

Although I was tempted to say Pinky or Batty for part 1. 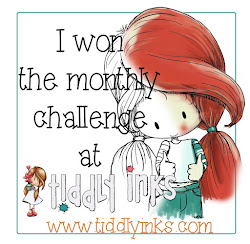 The Tiddly Inks Challenges are now retired. Thank you for visiting us and continuing to be inspired by the entries on the blog.